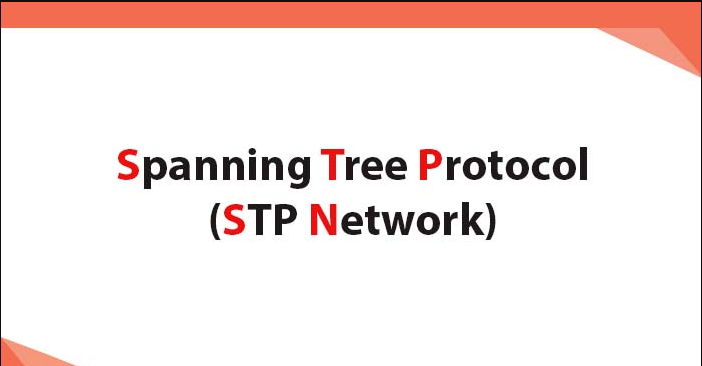 The Spanning Tree Protocol, also known as STP, is a type of network protocol that ensures the topology of any bridged Ethernet local area network does not contain any loops of connectivity. This protocol also enables it easy to set up a network with redundant links, which can then be used to automatically back up any paths that are used. STP is utilized to both stop bridge loops and guarantee that they are not exposed to broadcast radiation. Students of Computer Science will benefit in particular from the following discussion of significant issues and the answers to those questions, which are taken from an interview on the spanning tree protocol. They will perform better on their exams and also be better prepared for their interviews as a result of this.

What is spanning tree protocol?

It is the protocol that is utilized in switching networks in order to create a topology that is free of loops. STP is enabled by default for each and every VLAN that is connected to a Catalyst switch. STP switches are able to build their topology databases by communicating with one another via BPDUs. BPDUs are transmitted from each port at a rate of once every two seconds, and they are delivered to a specific MAC multicast address.

What is a non-designated port?

The port that has costs that are more than those of the designated port is known as a non-designated port. In blocking mode, ports that have not been assigned will be put. These are not used in any way that involves forwarding.

What are the STP learning Port States?

The switch port listens for BPDUs and acquires knowledge of all the pathways present in the switched network. While in the learning state, a port will still populate the MAC address database, but it will not forward any data frames. The default value for forward delay is 15 seconds, and it is visible in the output of the show Spanning Tree Protocol. Forward delay is the amount of time it takes for a port to move from listening mode to learning mode.

What is the purpose of Spanning Tree Protocol?

Within a Local Area Network, the primary functions of the Spanning Tree Protocol’s are to stop broadcast storms and stop Layer 2 switching loops from occurring. Without the risk of layer two switching loops, the STP makes it possible for a network to contain redundant links, which can then be used to prevent the loss of the entire network in the event that one of the active links fails.

What exactly are the goals of the STA and the BPDU?

Preventing Layer 2 Switching loops and Broadcast storms is the primary objective of both the BPDU and the Spanning Tree Algorithm.

What is path cost in Spanning Tree Protocol?

It is a completely arbitrary value that is completely assigned by a network administrator and utilised by the routing protocol to compare different routes that go via an inter network. This value can be based on bandwidth, hop count, or another calculation. The determination of the optimal route to a destination is made via routing protocols based on cost values. The option with the lowest overall cost is the one to pursue. It is also sometimes referred to as the path cost.

What is UDLD & explain its purpose?

UDLD is a Layer 2 protocol that enables devices that are linked over fiber-optic or twisted-pair Ethernet cables to monitor the physical configuration of the cables and determine when there is an existing unidirectional link. It is necessary for the protocol that all connected devices support UDLD in order for it to correctly identify and disable the unidirectional links. The problematic port is disabled and an alarm is sent to us whenever UDLD detects a link that only travels in one direction. Loops in the Spanning Tree topology are one of the many issues that can be brought about by unidirectional linkages.

Give an explanation of the three different functions that a switch has?

Address learning: The source hardware address of each frame that is received on the interface is stored in the memory of Layer 2 bridges and switches. These devices subsequently add this information to a MAC database that is known as a forward/filter table.

Loops Avoidance: It requires additional connections between switches being built only for the sake of redundancy, which is how network loops are created. STP is utilized to eliminate network loops while maintaining redundancy at the same time.