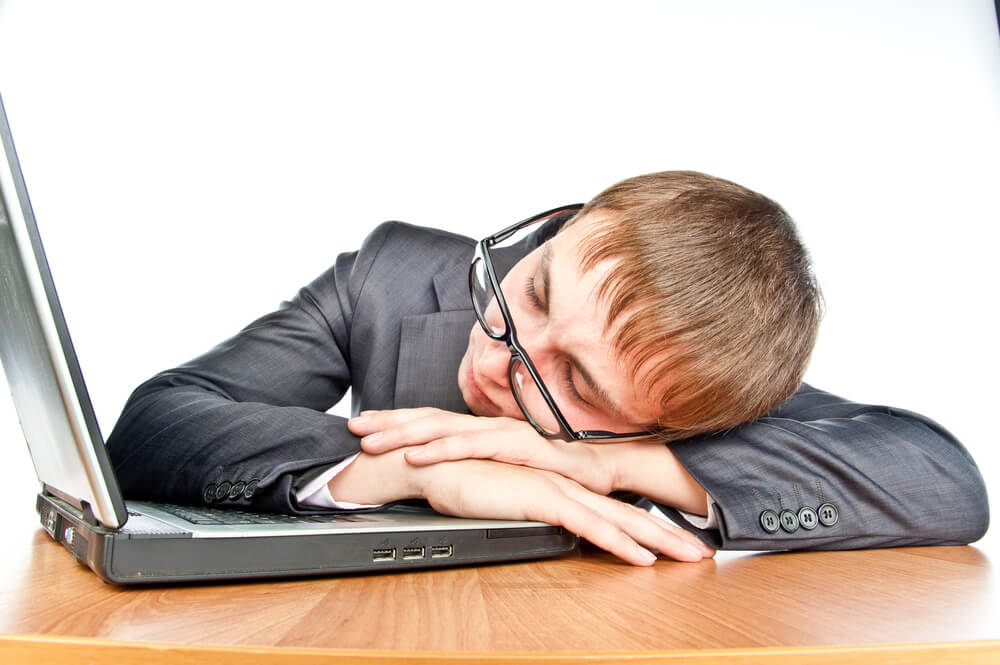 Inadequate sleep in simple terms means not getting enough sleep. You&#39;re not alone if you think you’re the only one suffering from this issue. Almost 1/3 of American adults don’t get enough sleep on a daily basis. A good night’s sleep is essential for your overall health.

You feel tired and irritable the next day and find it difficult to concentrate or complete your work. You spend the entire day wishing you were back in bed, snuggled under the covers with the lights off.

Right? We know!
If you are dealing with this issue, Michigan medicine sleep disorder centers may help you. But before that, let’s discuss how inadequate sleep affects our bodies.
1. Immune System Will Become Weak: Your other efforts may improve if you eat well and exercise frequently but get at least
seven hours of sleep every night. And we’re not exaggerating here! Consider your immune system an army ready to defend you against the evil forces of infection and disease. Your immune system, like an army, requires time to build defences. Your immune system starts working while you fall asleep by developing components (such as antibodies and cytokines) that aid in the battle against infection. Sleep deprivation weakens your immune system by preventing it from producing enough defenses. And when your immune system&#39;s defenses are compromised, your chances of becoming ill increase. When you don’t get enough sleep, it takes longer to recover.

2. Heart Problems: When it comes to your heart, either too little or too much sleep can be insufficient for your cardiovascular health. Sleeping less than 5 hours per night or more than 9 hours per night has increased the risk of heart disease, stroke, and heart attacks.

3. Many Respiratory Issues: Your respiratory system relies on good sleep to stay healthy. However, some diseases
and disorders obstruct this symbiotic relationship. Obstructive sleep apnea (OSA) is a nighttime breathing disorder that can impair sleep quality by interfering with your peaceful sleep. Consistently waking up during the night as a result of OSA can result in sleep deprivation.

Sleep deprivation can also increase your susceptibility to respiratory infections such as the flu or the common cold, as well as exacerbate existing respiratory illnesses.
4. Skin Issues: So, where are all the ladies who use thousands of skincare and beauty products to make their skin look good? However, they don’t call it “beauty sleep” for nothing. If you just sleep well, eat well, and exercise regularly. A Lot of your skin-related issues will automatically resolve.  A study by Estee Lauder Companies discovered that women who did not get enough good-quality sleep showed more signs of skin aging and had a lower skin barrier function. More research is required to comprehend how sleep affects the skin thoroughly.

5. Forgetfulness: Not only can a lack of sleep make you forgetful, but there is growing evidence that sleep influences learning and memory. According to different studies, sleep is critical to consolidating what we know in the brain. In other words, we require adequate rest to retain new information and commit it to memory.
6. Diabetes Risk: Sleep deprivation also prevents your body from producing enough insulin, a hormone that regulates blood sugar levels. This can cause a spike in your blood sugar levels, increasing your risk of developing type 2 diabetes.
In a 2015 review of studies, researchers concluded that 7 to 8 hours of sleep is ideal for maintaining a healthy insulin level.

7. Cancer Risk: A study discovered that a lack of sleep increases the risk of certain cancers, including prostate cancer, oral cancer, and breast cancer. Falling and staying asleep can be difficult for cancer patients and a long-term challenge even after remission. Those who work overnight shifts are also at risk. Overnight light exposure for several years may reduce your body&#39;s melatonin levels, a hormone that aids sleep. This can promote cancer growth. Staying healthy requires at least 7 hours of sleep per night.

8. Thinking Problems: Even missing one night of sleep can cause you serious cognition thinking problems. A task was assigned to a group of 18 men in a study published in Experimental Brain Research. The first task was completed after a good night sleep. After missing a night of sleep, the next job was completed.

Memory, decision-making, reasoning, and problem-solving abilities deteriorated, as did reaction time and alertness.

9. Lower sex drive
A small 2011 study discovered that a lack of sleep reduced testosterone levels in healthy young men by 10 to 15%. Participants&#39; overall moods also changed as their sleep levels
decreased. What a sour mood killer!
A 2015 study also found that getting enough sleep is essential for women&#39;s sexual desire. The study discovered that women who slept more were more interested in sex the next day. Women who slept for more extended periods felt more aroused than those who slept for shorter periods.

10. Weight Gain Late-night snacking on an occasional basis is expected. However, it can become a regular habit at nighttime due to sleep deprivation.  Sleep deprivation affects your brain&#39;s production of hormones that regulate hunger and
fullness. Inadequate sleep causes a decrease in leptin (the hormone that tells your brain you’re full) and an increase in ghrelin (which increases your appetite), which leads to pre-bedtime snacking. Furthermore, insufficient sleep is also linked to insulin resistance, which might reduce your body&#39;s glucose (also known as sugar) tolerance.

11. Increased risk of accidents According to a 2018 study, people who sleep 6 hours or less per night are more likely to
be involved in a car accident than those who sleep 7 to 10 hours. And the danger grows with each hour of sleep deprivation.  This is especially true if you work long hours, are a shift worker or a commercial driver, or travel frequently.
A lack of sleep can also impair your balance and coordination, increasing your chances of falling, bumping into things, or having other physical accidents. Isn’t it scary?

12. Mood swings: You know that irritating feeling when you don&#39;t get enough sleep? That’s because of a
lack of sleep! According to research, sleep deprivation is associated with increased negative moods (anger, frustration, irritability, sadness) and a decrease in positive attitudes. In addition, sleep deprivation is frequently a symptom of mood disorders such as depression and anxiety.

Conclusion
If you’re dealing with the following issues in your daily routine, it may be because of insufficient sleep. Many young adults have the habit of checking their phones before bedtime. This unhealthy habit may also result in sleep loss, irregular sleep-wake patterns, poor sleep quality, and increased tiredness during the day. The best remedy is to ensure you get enough sleep each night, which is 7 to 9 hours. However, ask your family doctor or visit a sleep doctor before it becomes severe. They can work with you to identify the reason for the problem and devise a strategy to help you get some rest.